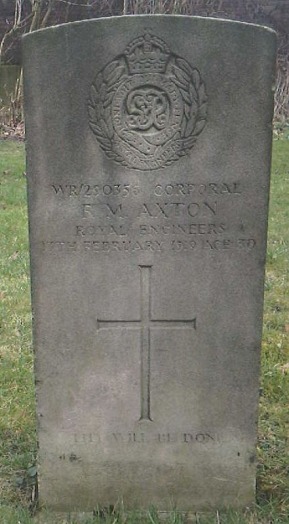 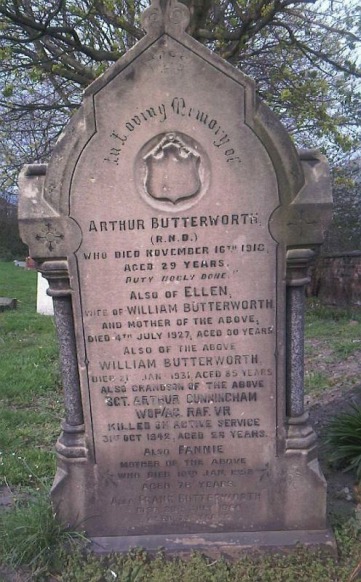 Arthur's family grave in St Anne's churchyard. His Nephew Arthur Cunningham who died during WW2 is buried with him. 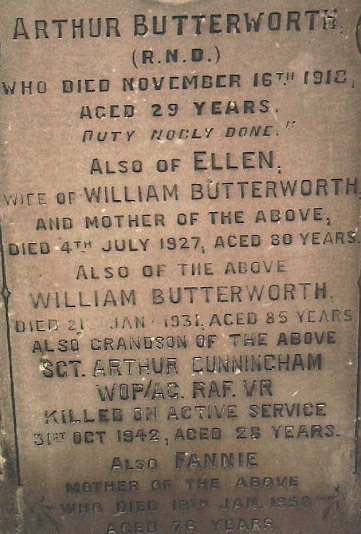 William is mentioned on the church memorial. 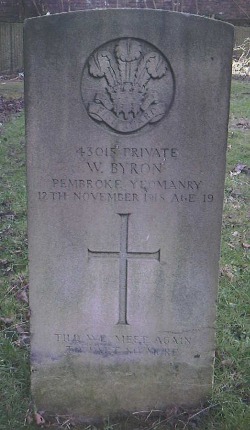 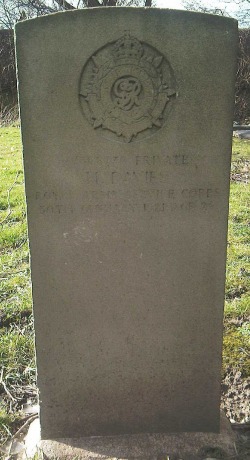 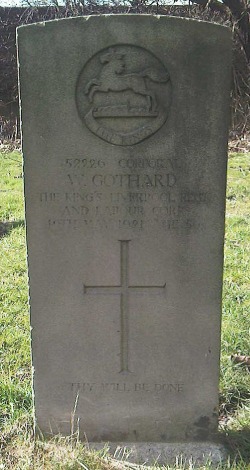 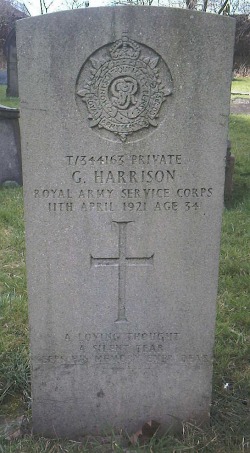 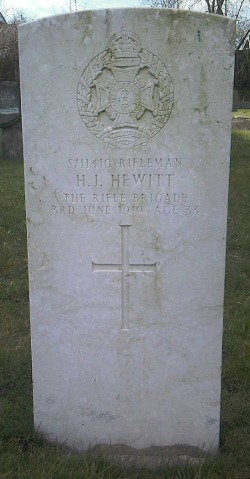 The service records for Herbert have survived. He enlisted at Liverpool on 31st August 1914 as Private 32095 with the Royal Army Medical Corps, giving his age as 28 years and his occupation a Painter. He is 5 feet 7 inches tall, weighs 132 pounds, with a chest Measurement of 37 inches. His complexion Fresh, eyes Grey and hair Brown.

Herbert's Signature On His Enlistment Papers

Herbert trains in the UK and is appointed acting Corporal on 8th January 1915, before reverting back to a Private on 20th February 1915. He is then transfered to the 5th Battalion Rifle brigade on 1st June 1915 with whom he leaves for France on 12th July 1915, arriving the following day. Herbert is appointed acting Corporal on 26th August 1915, but reverts back to Private on 31st March 1916 for Gross misconduct.

Sometime within the next three months Herbert is wounded in action, recieving a gun shot wound to his right thigh. He returns to England on 4th July 1916. On 21st March 1917 at Weymouth Herbert is discharged from the Army as " No longer physically fit for war service " His age at discharge is 30 Years 11 months, and his conduct is noted as Sober, Honest and Stealthy. His address on leaving is listed as 21 New Road, Liverpool.

Herbert returns to Liverpool and later recieves a 50% pay pension for his injury. Sadly on 3rd June 1919 Herbert passes away, probably from complications from his wounds. 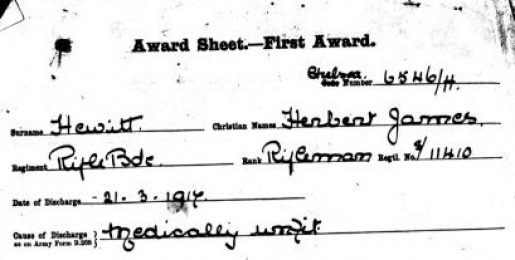 Robert is mentioned on the church memorial. 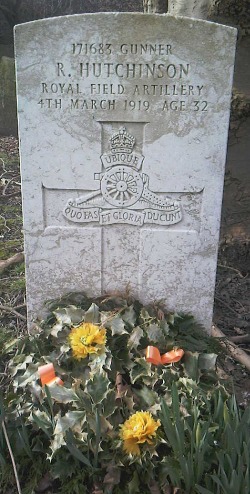 Edward is mentioned on the church memorial. 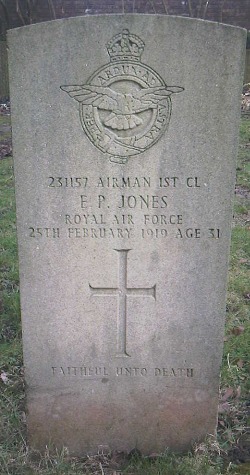 The service records for Percy have survived. He enlisted at Blackpool on 17th July 1916, giving his age as 18 ( Birthdate 26th June 1898 ) and his occupation as a Solicitors Clerk. His address is listed as 14 Derby Place, Liverpool. His Mother Margaret Knowles is listed as his next of kin, living at the same address.

A Faded Signature For Percy On His Enlistment Papers

The records dont list much detail of Percy's service, it seems he stayed in the UK. On 16th March 1918 he is acting Lance Corporal with pay. On 4th May 1918 Percy is admitted to the Kirkham Military Hospital near Preston with accute influenza. Sadly he died 6 days later on the 10th May 1918. 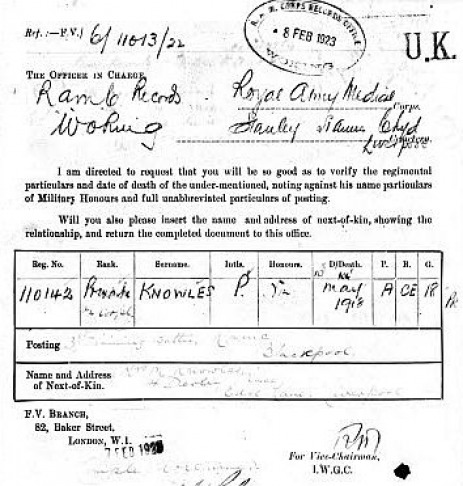 The records give details of Percy's family. A 1919 document filled in by his sister Margaret E Sparke shows the family living at 14 Derby Place, Edge Lane, LIverpool. Percy's father is deceased and his mother is listed as Margaret Knowles. 3 brothers are listed, Thomas of 14 Derby Place, Charles living in Ilford, Essex and Stanley who is serving with the Army in Palastine. 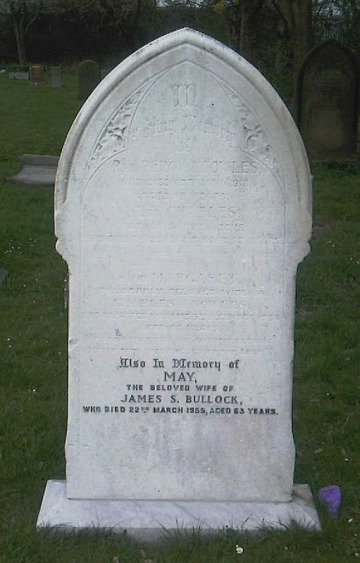 Percy's family grave at St Anne's churchyard. The inscription is very faded but shows him buried along with his parents Charles and Margaret, and his sister May. 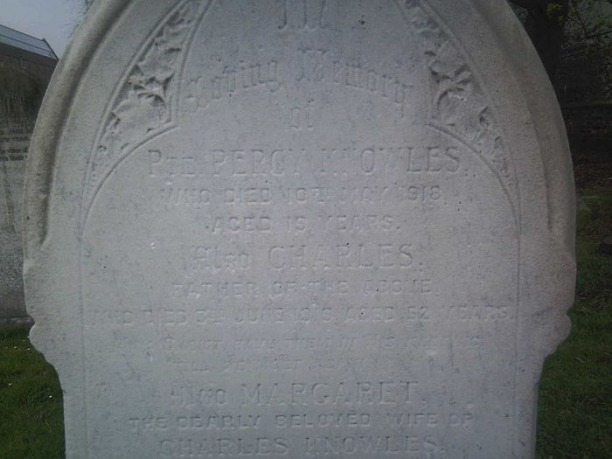 Archie is mentioned on the church memorial. 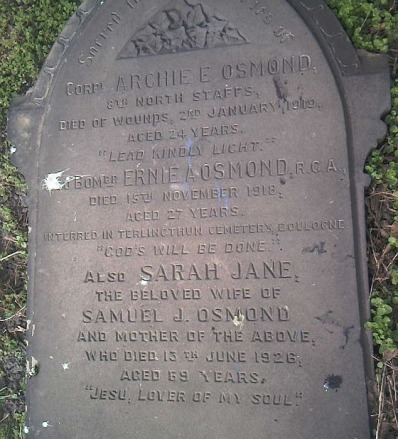 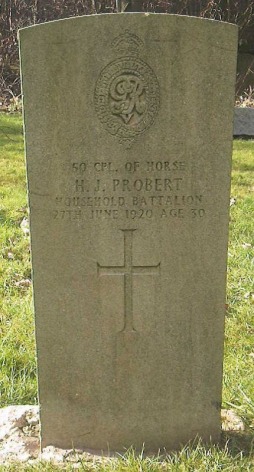 Arthur is mentioned on the church memorial. 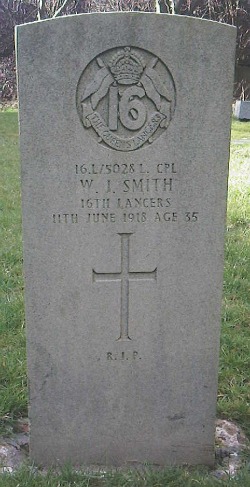 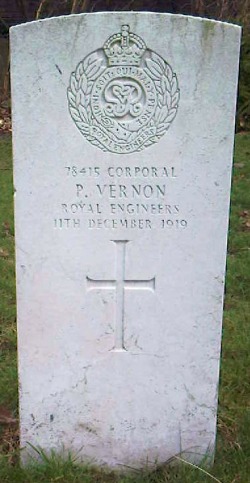 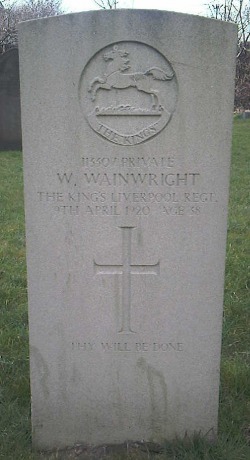 The Service records have survived for William. Though they are very few and do not offer much detail. He signs up for duty ( it looks like December ) in 1915, giving his age as 32 years and 2 months. Remaining on the reserve list before being attested at Seaforth on 13th August 1918. William is listed as serving in the Uk from 12th August 1918 to 13th November 1919. I assume he was then discharged and returned to Liverpool.

William's Signature On His Enlistment Papers

Also recorded is that William was 35 years and 10 months old when he attested in 1918, and his chest measurement was 34 inches. His occupation is listed as a Clerk at Jackson, McConnan, Rope Makers, Edge Lane, Liverpool. He gives his next of kin as his father Thomas Wainwright of 20 Grampian Road, Edge Lane, Liverpool. 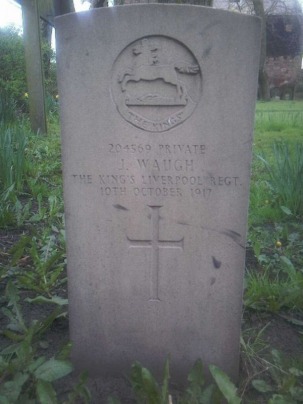 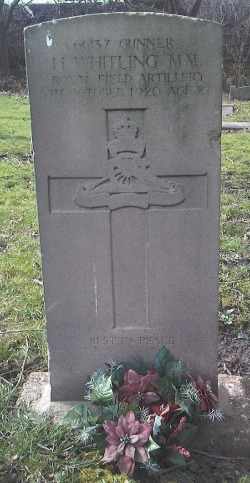 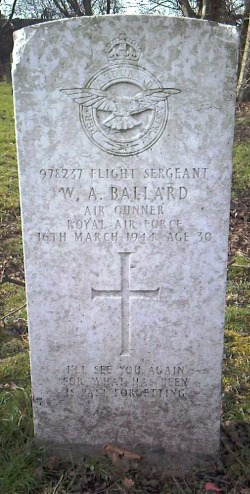 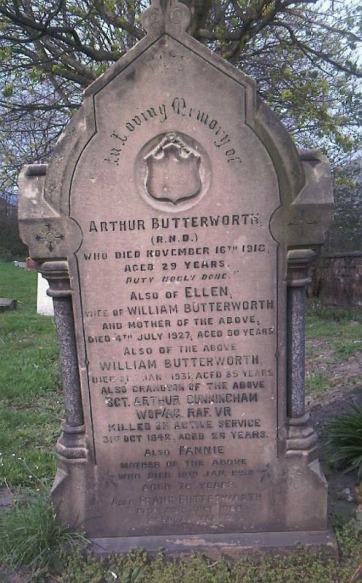 Arthur's family grave at St Anne's churchyard. His Uncle who died in WW1 is buried with him. 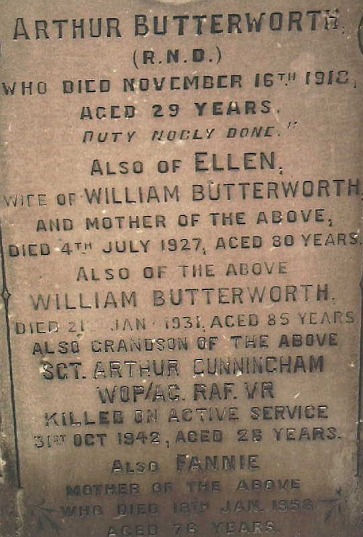